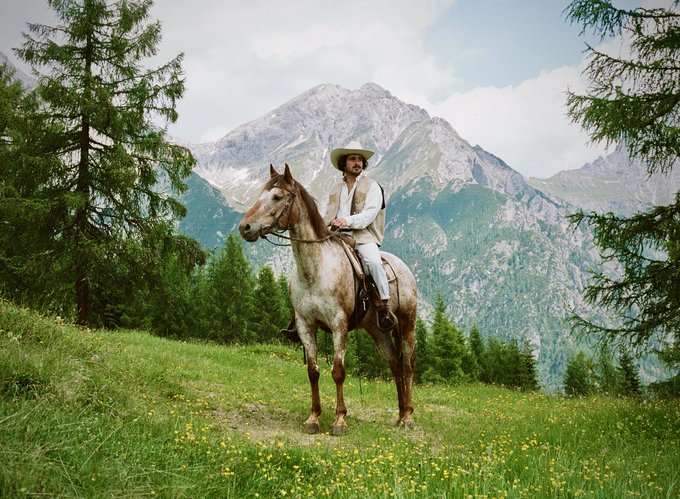 Born in a suburb of Linz (Austria) RUHMER started out as a drummer and slowly forged his own twisted path. Working as a recording engineer on film sets around the world he seemingly strolled off his track – when in 2019 his life took a sudden turn. Without a home for a year, constantly on the road and being on tour as a drummer, RUHMER started working on his first musical drafts – and ultimately committed to his true dream.

With a cheap Bass and an old Telecaster from a friend he took off to Calais. Not knowing any french he spent most of the time under the roof of a small shack. Drawing on his surroundings and most intimate thoughts, heading out for long walks that always left him stranded on the beach, he produced a rock oriented sound while still encompassing all manner of musical styles in unexpected ways.

Back in Austria he produced and mixed those first couple of songs while already focusing on his strong imagery. Together with Nous Film from Berlin (ÄTNA) he creates his own vintage colored world. On the 25th of September 2020 RUHMER released his first single KILL ME NOW (INK Music) and entered the Radio FM4 Charts on #3.

RUHMER’s latest single TRUTH is the result of a 24h straight solo writing, recording and mixing session and was released only 2 weeks after. It entered the Spotify “Indie Brandneu” Playlist on #14!